The central piece of the exhibition, L’image est un accident du temps is a monumental triptych that proposes to cross the horizon. From a photograph of a spur of Mont Blanc, Lisa Ouakil develops a sensual pictorial material and transforms the landscape into moving abstract forms according to the colors, their flat tints and the light that emerges from them. 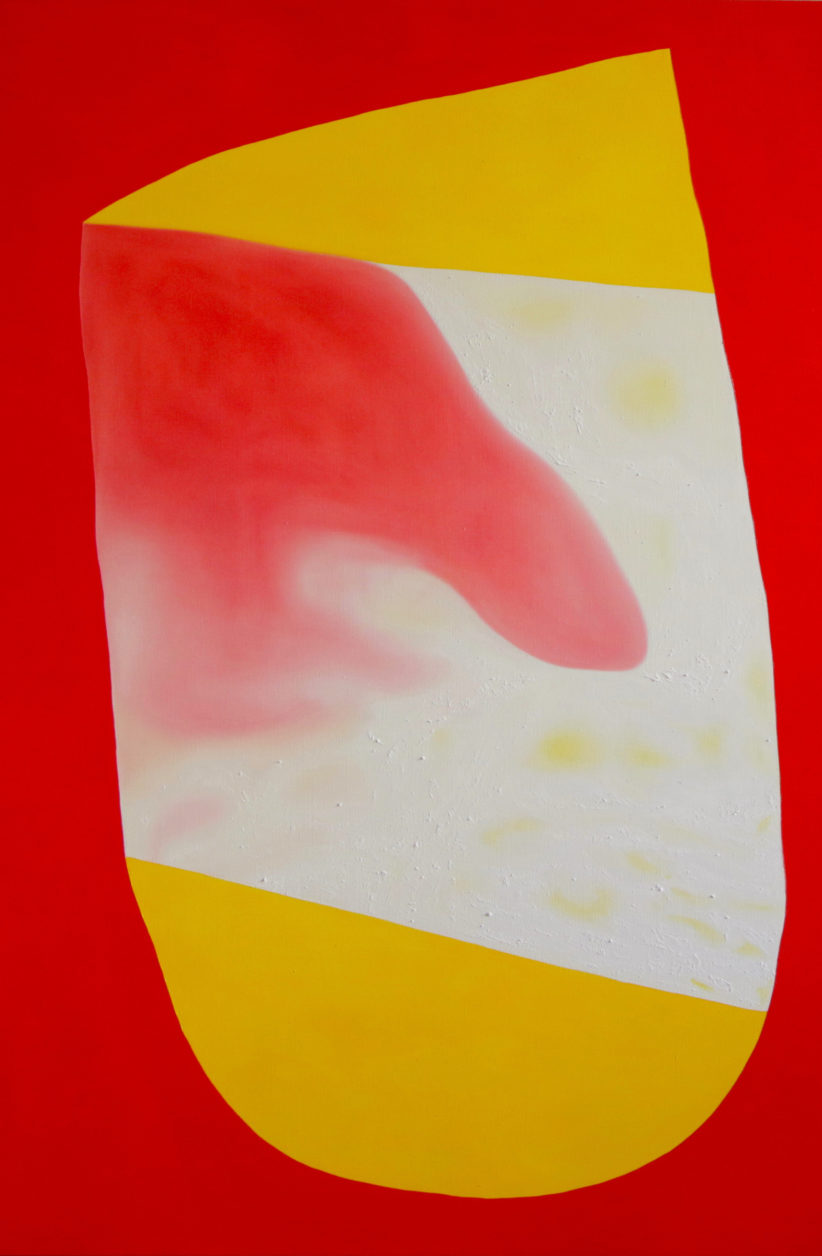 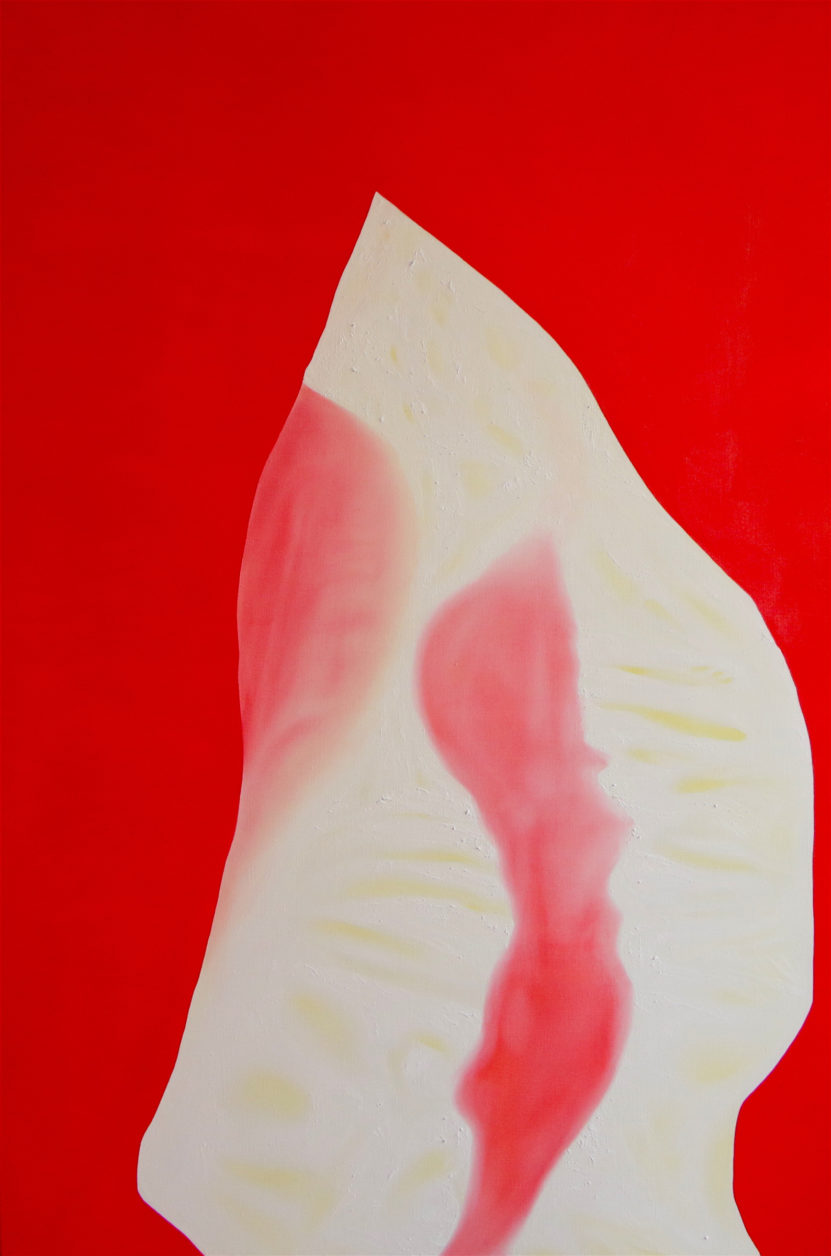 The vibrant treatment is carried out thanks to the pigments directly crushed with walnut oil that allows this play of texture. The deep red background echoes the vaporous white. A yellow glow crosses the three panels and diffuses itself in an elusive but persistent way on the canvas. A reference to Georges Didi-Huberman’s text, like the firefly, the image only passes, it is intermittent, it is only for a moment. However, this immediate light survives in the thought, and the painting has a spiritual character. 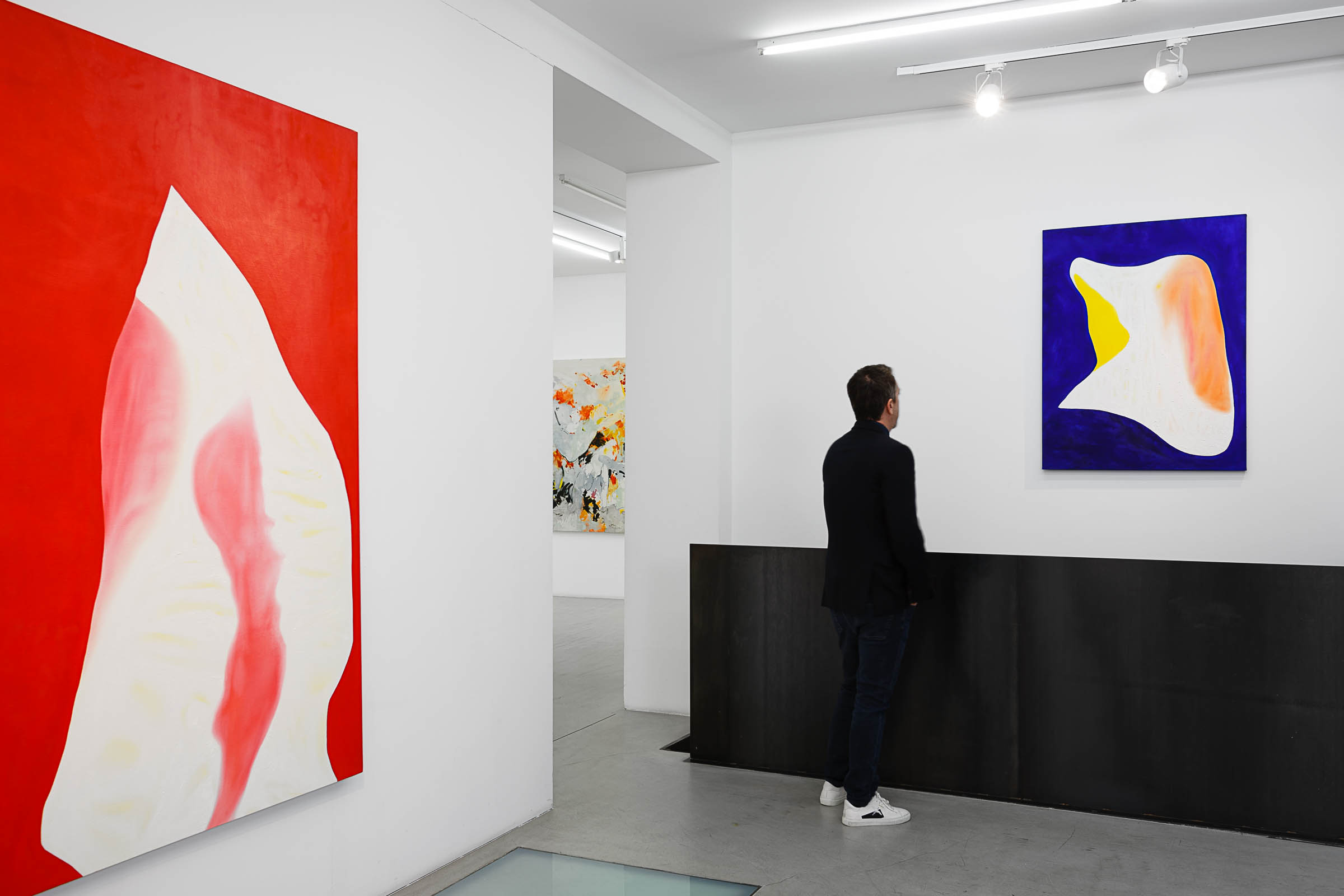 As the artist states, “The idea is to evoke something that lives under the surface, the interior of the body, the interior of the earth, the volcanoes that boil. It would be about the dreams, and to reach another place through color. It also reminds us of the blurred lights that we see when we close our eyes.

In telluric resonance with this landscape, the ceramics inspired by Lava Stones are also a part of the show. In their deep blue glaze, we find the immensity and beauty of the night sky. Their shapes and colors take on changing aspects according to the light reflections, a reference to nature and its constant transformation. 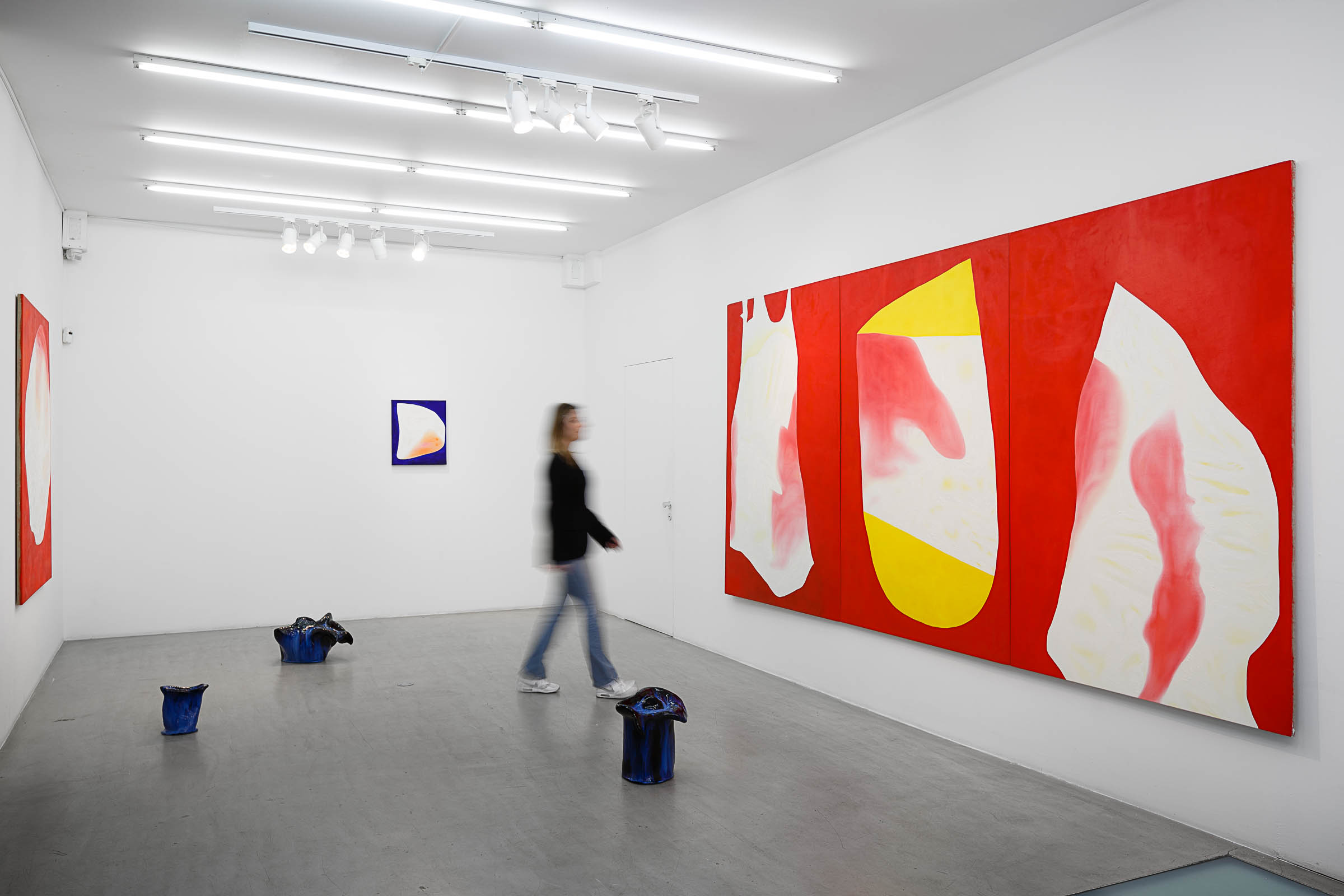 " Lisa Ouakil’s painting is thought in a relationship to the body and the flesh. From photographs taken during wanderings, essentially those of mineral elements, the work developed transforms the known to excite the imaginary. No realism since the initial image is totally transformed by this pictorial alchemy. The forms touch, twist, stretch in strange postures like bodies. Attached to the works of Bacon, Greco or Lucian Freud, the artist fully exploits the sensuality of the pictorial material. Between abstraction and figuration, it is a painting that plays with the porosity of the borders, alternating blurred zones and more precise zones in flat tints. In the play of light, she aspires to retranscribe the sensation of the sun hitting, both soft and stinging for the eyes."

Born in 1993, Lisa Ouakil graduated from the Beaux Arts de Cergy, she is now an artist in residency at the Poush Manifesto. (more)